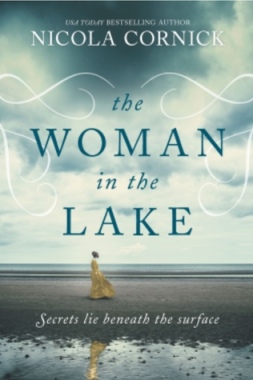 Official Synopsis from Goodreads: From the bestselling author of House of Shadows and The Phantom Tree comes a spellbinding tale of jealousy, greed, plotting and revenge—part history, part mystery—for fans of Kate Morton, Susanna Kearsley and Barbara Erskine

Lady Isabella Gerard, a respectable member of Georgian society, orders her maid to take her new golden gown and destroy it, its shimmering beauty tainted by the actions of her brutal husband the night before.

Three months later, Lord Gerard stands at the shoreline of the lake, looking down at a woman wearing the golden gown. As the body slowly rolls over to reveal her face, it’s clear this was not his intended victim…

When a gown she stole from a historic home as a child is mysteriously returned to Fenella Brightwell, it begins to possess her in exactly the same way that it did as a girl. Soon the fragile new life Fen has created for herself away from her abusive ex-husband is threatened at its foundations by the gown’s power over her until she can’t tell what is real and what is imaginary.

As Fen uncovers more about the gown and Isabella’s story, she begins to see the parallels with her own life. When each piece of history is revealed, the gown—and its past—seems to possess her more and more, culminating in a dramatic revelation set to destroy her sanity.

***I received an eARC copy of The Woman in the Lake from the publisher, Graydon House, via NetGalley***

Review: A captivating but uneven read. The Woman in the Lake by Nicola Cornick is a fast-paced, compelling, twisty, back-and-forth in time historical suspense novel. One plot line is set during the 1760s, and the other during 2004, and the book bounces back-and-forth between these two timelines smoothly. I found the differing timelines easy to tell apart, and it was also easy to figure out which timeline I was in while reading. The characters are different, with the 1760s ones being far more cutthroat, conniving, and just downright unlikable, and the modern characters were easier to relate to.

Back in the 1760s, our narrators are Eustace Gerard, a wife-beating, mistress-keeping scumbag, his wife Isabella, who is self absorbed and has her own affairs, and Isabella’s maid, Constance, who has some surprises up her sleeve. Luckily we don’t hear a whole lot from Eustace, as he is truly despicable. Isabella and Constance I struggled with liking. Now, don’t get me wrong, they were fascinating to read about, but they were both so unlikable with their schemes and hidden motives that I really didn’t care about them. They are both somewhat unreliable narrators, and as the book goes along I wished for more explanations for both of their actions throughout. Some things, especially toward the end, I felt came out of nowhere, and didn’t make a whole lot of sense.

In the 2004 sections, our narrator is Fenella “Fen” Brightwell, a woman who is trying to escape her mysterious past, and also has a nasty habit of stealing. I thought that giving Fen the character trait of theft was intriguing. Fen is also an unreliable narrator, and in her chapters the book shifts and morphs and I found myself flipping back in the book and re-reading scenes as the story kept moving forward. So, I was hooked into the mystery of what exactly happened way back when, and how does that connect to Fen, and what on earth is going on with this special gown that everyone seems to be obsessed with. As I mentioned above, some things at the end felt glossed over and didn’t quite come together as seamlessly as they should have, but I couldn’t put this one down and thought it was quite fascinating!

Bottom Line: Fast paced and intriguing, if a bit uneven.

Does this sound like a good read? Do you enjoy reading books with unreliable narrators?

4 thoughts on “ARC Review: The Woman in the Lake by Nicola Cornick”