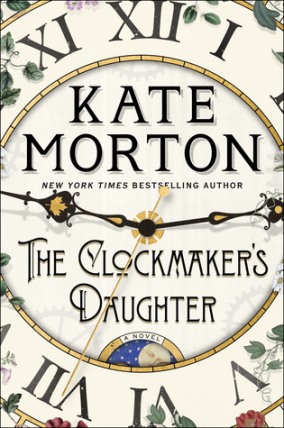 Official Synopsis from Goodreads: My real name, no one remembers. The truth about that summer, no one else knows.

In the summer of 1862, a group of young artists led by the passionate and talented Edward Radcliffe descends upon Birchwood Manor on the banks of the Upper Thames. Their plan: to spend a secluded summer month in a haze of inspiration and creativity. But by the time their stay is over, one woman has been shot dead while another has disappeared; a priceless heirloom is missing; and Edward Radcliffe’s life is in ruins.

Over one hundred and fifty years later, Elodie Winslow, a young archivist in London, uncovers a leather satchel containing two seemingly unrelated items: a sepia photograph of an arresting-looking woman in Victorian clothing, and an artist’s sketchbook containing the drawing of a twin-gabled house on the bend of a river.

Why does Birchwood Manor feel so familiar to Elodie? And who is the beautiful woman in the photograph? Will she ever give up her secrets?

Genre: Historical Fiction, Gothic Fiction, Fiction, Mystery
Setting: Bounces around between mid to late 1800s, 1928, 1940, 1992, and 2017. Mainly in England with a brief section set in Bombay.
My Copy Came From: I purchased the hardback from Amazon.

Review: Atmospheric and beautiful, but contrived.

I was so excited to read this book and sadly this title was a letdown for me. Kate Morton is one of my favorite authors, with The Forgotten Garden being one of my favorite books, and The Distant Hours being another one that I absolutely love. Unfortunately, The Clockmaker’s Daughter was one that I just didn’t care for. There’s nothing really wrong with the book, until that awful-terrible-horrible ending, and a few too many characters to focus on. I’m really not sure who the main character is supposed to be. Is it Birdie, the title character who speaks from beyond the grave? Or is it Elodie, the modern woman who finds an old photograph and sketchbook and feels the pull of a mystery?

You’re too young to understand, I expect, but when one gets old, all memories have a weight, even the happy ones.

We meet Birdie and Elodie, and also meet Ada, a young girl born and raised in India, who comes to a boarding school in England in 1899. We meet Jack, a detective for hire who is searching for the legendary Radcliffe Blue, a blue diamond that disappeared many years ago. We meet Leonard, who is struggling with PTSD after WWI, and we also meet Juliet, who is grieving her husband who was killed in WWII. There’s Lucy, the sister to the famous artist Edward Radcliffe, and Tip, Elodie’s uncle who has ties to the Radcliffe story. These characters are the main narrators, and the book jumps around in time, so those who don’t enjoy this non-linear style will probably not want to pick this book up. I love books with lots of characters and a back-and-forth in time style, but even I struggled to keep characters straight (and I take notes while I read!) and keep the timelines straight.

If you are to understand my brother, Mr. Gilbert, you must stop seeing him as a painter and start seeing him instead as a storyteller. It was his greatest gift. He knew how to communicate, how to make people feel and see and believe. The medium in which he chose to express himself was irrelevant. It is no easy feat to invent a whole world, but Edward could do that. A setting, a narrative, characters who live and breathe—he was able to make the story come to life in someone else’s mind. Have you ever considered the logistics of that, Mr. Gilbert? The transfer of an idea? And, of course, a story is not a single idea; it is thousands of ideas, all working together in concert.

The characters and plotting are reminiscent of Charles Dickens, where everything and everyone connects in some way, and I actually really liked that aspect here. It was a bit much, a bit too connected, but I think it worked here for the most part. Morton’s writing is deliciously atmospheric and beautiful. You can feel the scene, and you can almost taste the scene her writing is so lovely.

With so many characters, there is also a lot of plot going on. So much plot, that many times I was puzzled as to what type of book I was reading. The Clockmaker’s Daughter is part Dickens, part murder mystery, part ghost story, part jewel hunting, part art mystery, part love story, and also borrows elements from A Secret Garden, A Little Princess, Titanic, and Sarah’s Key. When I finished I got the sense that I wasn’t sure the book knew what it wanted to be, and I was confused. The Clockmaker’s Daughter goes in so many different directions, that I was confused as a reader what I was supposed to focus on.

He had never stood at the end of his own brother’s grave. He hadn’t seen the point; he knew Tom wasn’t there. Where was he? Leonard wondered. Where had they all gone? It seemed impossible that it could all just end like that. Impossible that so many young men’s hopes and dreams and bodies could be buried in the earth and the earth remain unchanged. Such an almighty transfer of energy and matter must surely have affected the world’s balance at an essential—an elemental—level: all of those people who had once been, suddenly gone.

While I can get over the too many characters and plots, what I cannot get over and what really made me dislike this book was the terrible ending. Yep, the ending absolutely ruined the book for me, and I won’t spoil the ending here, but there was buildup and buildup of one character’s, well, character, and all of that was thrown out the window for one simple plot necessity that the entire book hinged on. It made everything unbelievable and contrived, and it really ticked me off! For one character to literally only do something because it was required by the plot was incredibly frustrating to read. I know, I know, everything the characters do is because the author writes it that way, but it was so incredibly forced and contrived here it was flat out unbelievable. I can ignore all the other problems with the book, but I can’t ignore that bad, unnecessarily tragic ending. So for me, this is one I probably won’t be re-reading! I know my review sounds harsh, and this book really made me mad at the end, but I did enjoy the beautiful scenes and some of the characters, Pale Joe especially, I did really love. I just wish that the ending hadn’t been so forced and awful.

Amazon
Goodreads
Author Website
My Review of The Lake House, another Morton novel 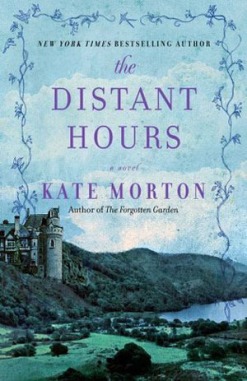 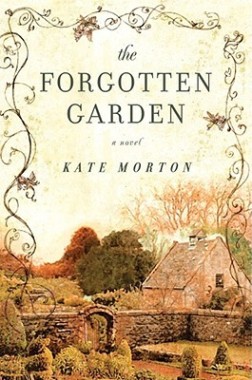 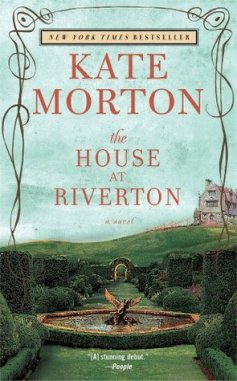 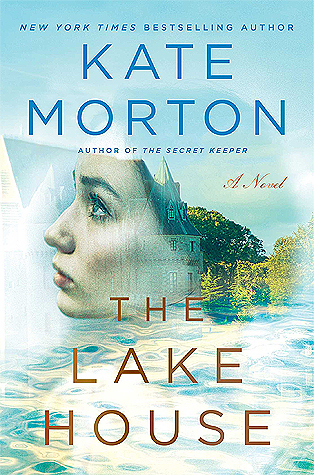 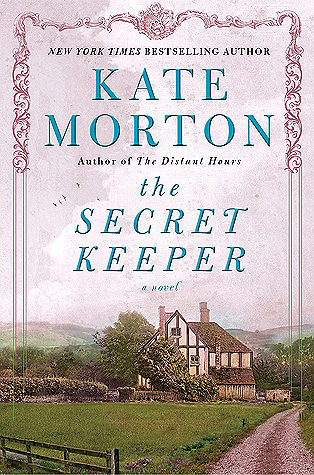 Have you read The Clockmaker’s Daughter? Did you love it or were you disappointed, like I was? Are you a Kate Morton fan? What was the last book you read where the ending ruined the story for you?

12 thoughts on “Book Review: The Clockmaker’s Daughter by Kate Morton”