Another month is here, and time for another Six Degrees of Separation, a wonderful meme run by booksaremyfavouriteandbest in which you take a given title, and link through 6 books seeing where you end up. This month’s selection is Lincoln in the Bardo, a literary work that I recently reviewed. 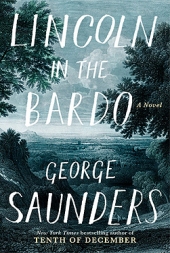 Official Synopsis from Goodreads: In his long-awaited first novel, American master George Saunders delivers his most original, transcendent, and moving work yet. Unfolding in a graveyard over the course of a single night, narrated by a dazzling chorus of voices, Lincoln in the Bardo is a literary experience unlike any other—for no one but Saunders could conceive it. February 1862. The Civil War is less than one year old. The fighting has begun in earnest, and the nation has begun to realize it is in for a long, bloody struggle. Meanwhile, President Lincoln’s beloved eleven-year-old son, Willie, lies upstairs in the White House, gravely ill. In a matter of days, despite predictions of a recovery, Willie dies and is laid to rest in a Georgetown cemetery. “My poor boy, he was too good for this earth,” the president says at the time. “God has called him home.” Newspapers report that a grief-stricken Lincoln returned to the crypt several times alone to hold his boy’s body.From that seed of historical truth, George Saunders spins an unforgettable story of familial love and loss that breaks free of its realistic, historical framework into a thrilling, supernatural realm both hilarious and terrifying. Willie Lincoln finds himself in a strange purgatory, where ghosts mingle, gripe, commiserate, quarrel, and enact bizarre acts of penance. Within this transitional state—called, in the Tibetan tradition, the bardo—a monumental struggle erupts over young Willie’s soul.

Lincoln in the Bardo is an astonishing feat of imagination and a bold step forward from one of the most important and influential writers of his generation. Formally daring, generous in spirit, deeply concerned with matters of the heart, it is a testament to fiction’s ability to speak honestly and powerfully to the things that really matter to us. Saunders has invented a thrilling new form that deploys a kaleidoscopic, theatrical panorama of voices—living and dead, historical and invented—to ask a timeless, profound question: How do we live and love when we know that everything we love must end?

I actually thought Lincoln in the Bardo was pretty good. It was totally different than what I thought it was going to be, and it made me think of a book that I have on my shelf that I haven’t read yet:

This title focuses on Lincoln’s wife, Mary, and it sounds like a fascinating read! Thinking of books about other wives of famous men takes me to a book I read recently:

The Other Einstein by Marie Benedict

This book is about Einstein’s first wife, Mileva “Mitza” Maric, and her contributions to physics. Thinking of women in science brings me to my next selection:

Enchantress of Numbers by Jennifer Chiaverini 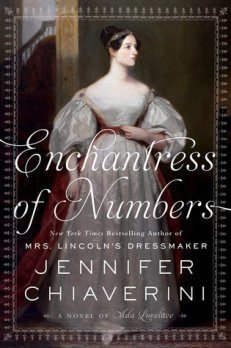 This title tells the story of Ada Lovelace, the first computer programmer. I had absolutely no idea about her and her story before I read this, and while there is a lot of math focus in this book, it was fascinating! One person who appears in Enchantress of Numbers is one of my favorite authors, Charles Dickens, which naturally brings me to my next book!

A Christmas Carol by Charles Dickens

I selected this title instead of others by him because Lincoln in the Bardo, our initial title, is narrated by ghosts, and ghosts figure prominently in A Christmas Carol. Another title in which ghosts play a part in the narrative is the first book in a mystery series about a ghost hunter!

What’s a Ghoul to Do? by Victoria Laurie

The Lovely Bones by Alice Sebold 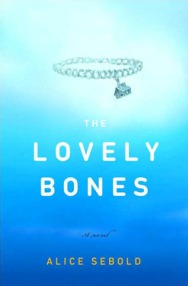 I read this book a long time ago, and recall that it was haunting! As this one deals with the death of a child, this also links back to the initial book, Lincoln in the Bardo.

I really love this meme! It lets me talk a bit about books that I haven’t talked about yet on the blog, and it always sets my mind awhirl with new titles to read. Next month’s title is A Beauty Myth by Naomi Wolf, which I haven’t read, but thinking of beauty and image brings several titles to mind!

Have you read any of these titles?

8 thoughts on “Six Degrees of Separation: Lincoln in the Bardo to…”