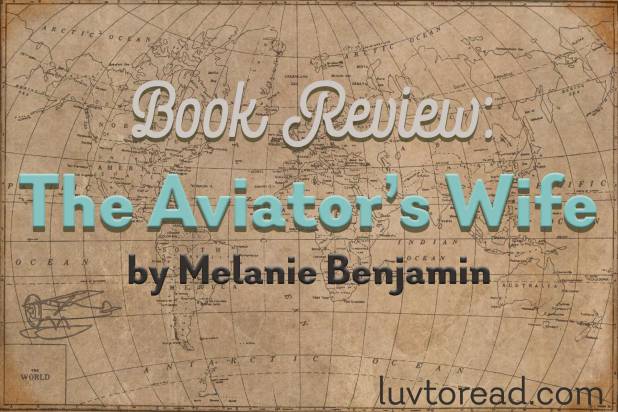 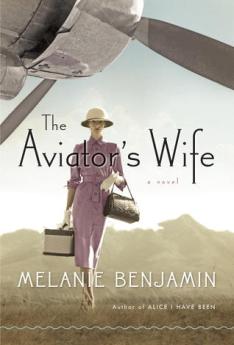 Official Synopsis from Goodreads: For much of her life, Anne Morrow, the shy daughter of the U.S. ambassador to Mexico, has stood in the shadows of those around her, including her millionaire father and vibrant older sister, who often steals the spotlight. Then Anne, a college senior with hidden literary aspirations, travels to Mexico City to spend Christmas with her family. There she meets Colonel Charles Lindbergh, fresh off his celebrated 1927 solo flight across the Atlantic. Enthralled by Charles’s assurance and fame, Anne is certain the celebrated aviator has scarcely noticed her. But she is wrong.

Charles sees in Anne a kindred spirit, a fellow adventurer, and her world will be changed forever. The two marry in a headline-making wedding. Hounded by adoring crowds and hunted by an insatiable press, Charles shields himself and his new bride from prying eyes, leaving Anne to feel her life falling back into the shadows. In the years that follow, despite her own major achievements—she becomes the first licensed female glider pilot in the United States—Anne is viewed merely as the aviator’s wife. The fairy-tale life she once longed for will bring heartbreak and hardships, ultimately pushing her to reconcile her need for love and her desire for independence, and to embrace, at last, life’s infinite possibilities for change and happiness.

Drawing on the rich history of the twentieth century—from the late twenties to the mid-sixties—and featuring cameos from such notable characters as Joseph Kennedy and Amelia Earhart, The Aviator’s Wife is a vividly imagined novel of a complicated marriage—revealing both its dizzying highs and its devastating lows. With stunning power and grace, Melanie Benjamin provides new insight into what made this remarkable relationship endure.

Genre: Historical Fiction
Setting: 1927-1974, mainly in the United States, but also in Mexico and Europe
My copy came from: I borrowed this book from my local library.

Review: What a book! I truly loved this book and connected with the main character and the writing. The Aviator’s Wife by Melanie Benjamin tells the story of Anne Morrow Lindbergh, the author, pilot, and wife to “Lucky Lindy”, the famous Charles Lindbergh.

“And there’s Anne. Reliable Anne. You never change, my daughter.”

I blushed, not sure if this was a compliment, choosing to think it might be.

This book was my book club’s selection this month, and I have to admit to not being all that interested in this book when it was chosen. It sounded like an OK read, but not one that I would love or hold my interest, and boy, was I wrong! I really loved this book and wrote many quotes down.

Telling the story of Anne Morrow Lindbergh, The Aviator’s Wife is a compelling tale of love, loss, and life. The book starts out right before Anne meets Charles, and I found their relationship fascinating. Charles was the first to fly across the ocean, and before reading this book I don’t think I quite understood how monumental and courageous this achievement was. It greatly speaks to his drive and determination, and he was very strict in his daily life. He treats Anne much the same way, with that strict and controlling air, and she is so enamored by him and his celebrity that she puts up with a lot. This book does not paint Charles in an entirely positive light, and parts are disturbing to read.

The list of things I needed to learn grew longer with each passing day. Yet I mastered them all. I had to. Without them, I never would have been able to survive in my new role as the aviator’s wife.

Anne is a compelling protagonist, and I connected with her. She is quiet and shy, and doesn’t like to be the center of attention. She is intelligent and capable, and it’s sad to read how Charles treats her and to read her acceptance of this treatment. Reading Anne’s journey was so fascinating, and I really wanted her to stand up to Charles. Their world and life was so very interesting. From the celebrity aspect of their life, to the kidnapping of their baby boy, to leaving the US for Europe and Charles’s relationship with Nazi Germany, it is all fascinating. I didn’t know a lot about the Lindbergh’s before going into this book, just bits here and there, and this book really educated me!

The Aviator’s Wife is a truly wonderful piece of historical fiction that deals with a difficult marriage and a woman finding herself in the world. Truly inspiring and thought provoking! I’m looking forward to reading Anne Morrow Lindbergh’s writings, and am definitely looking forward to reading more from Melanie Benjamin. If you need another reason to pick this book up, this quote below is my favorite from the book:

Who was this woman before me, her face imprinted with the expectations of others?

I was Mom. I was Wife. I was Tragedy. I was Pilot. They all were me, and I, them. That was a fate we could not escape, we women; we would always be called upon by others in a way men simply never were. But weren’t we always, first and foremost—woman? Wasn’t there strength in that, victory, clarity—in all the stages of a woman’s life?

Bottom Line: Beautiful writing, fascinating characters, and intriguing history. Not to be missed!

Links to The Aviator’s Wife on   Goodreads  |  Amazon

Are you interested in this book? Does it sound like wonderful historical fiction? Have you read any of Melanie Benjamin’s other books? What about Anne Morrow Lindbergh’s works?

11 thoughts on “Book Review: The Aviator’s Wife by Melanie Benjamin”